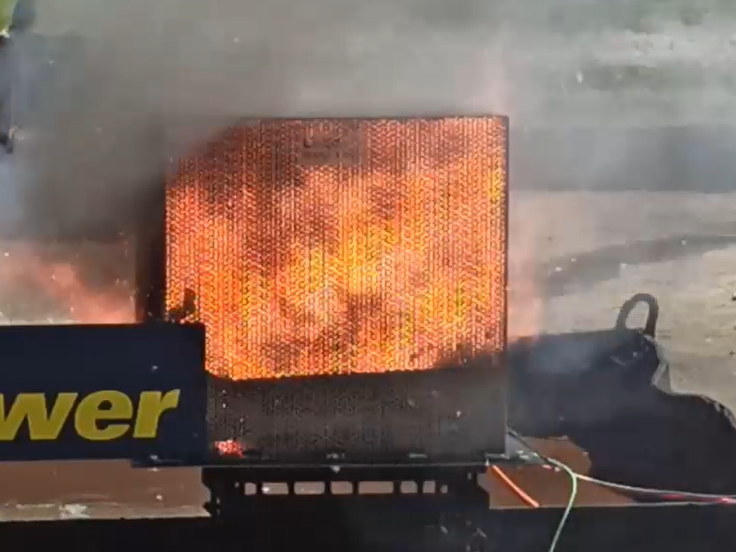 Posted on in
Fire protection

AccuPower as an innovative company has investigated the fire behavior of different lithium battery systems, especially the behavior of lithium (Li-IOn) versus lithium iron phosphate (LiFePO4).

Both battery types (test objects) are equivalent in performance to an e-bike battery.
Our test equipment recorded a large number of data during the investigation.

The test objects were housed in solid grid steel cages and heated simultaneously by an external heat supply.

The Li-Ion battery began to burn after just a few minutes, and about 5 seconds later there was a rapid temperature development from 35° to over 750°C associated with explosive fires and toxic fumes.

After the fire: The battery pack was completely torn apart by the explosions (thermal runaway) and completely destroyed.

The LiFePO4 battery only started to smoke some time later, in the form of overpressure deflagration.
However, no fire was ignited. Furthermore, no extreme temperature development was detected.

Due to the deflagration, “only” toxic vapors were emitted instead of flames.

After the fire: Only charring of the plastic parts due to the external heat supply and self-heating was detected on the individual cells. No thermal chain reaction took place.

The evaluation of the knowledge is incorporated into our safety measures for both battery packs and charging technology.

Now with even more power and energy to expand the high demands of our customers in a [...]
Read more 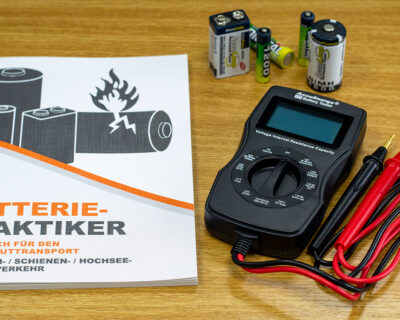 AccuPower in the new Battery Practitioner

The company AccuPower has supported the new issue of Battery Practitioner with [...]
Read more 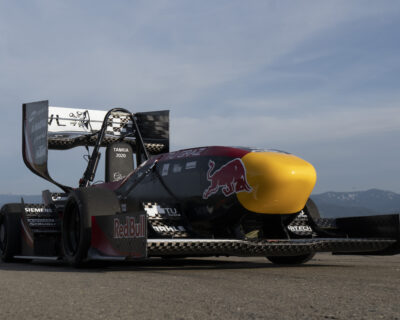 In the fast lane with AccuPower batteries

We use cookies on our website to provide you with the most relevant experience by remembering your preferences and repeat visits. By clicking "Accept All", you consent to the use of ALL cookies. However, you can visit "Cookie Settings" to give controlled consent.

This website uses cookies to enhance your experience as you navigate through the website. Of these, the cookies that are deemed necessary are stored on your browser as they are essential for the basic functions of the website to work. We also use third party cookies to help us analyse and understand how you use this website. These cookies are only stored in your browser with your consent. You also have the option to refuse these cookies. However, rejecting some of these cookies may affect your browsing experience.
Necessary Always Enabled
Necessary cookies are strictly necessary for the proper functioning of the website. These cookies provide the basic functionality and security features of the website, in an anonymous form.
Functional
Functional cookies help to perform certain functions, such as sharing website content on social media platforms, collecting feedback and other third-party functions.
Performance
Performance cookies are used to understand and analyse key website performance indices, which helps to provide a better user experience for visitors.
Analytics
Analytical cookies are used to understand how visitors interact with the website. These cookies help provide information on metrics such as the number of visitors, bounce rate, source of traffic, etc.
Advertisement
Advertising cookies are used to provide visitors with relevant advertising and marketing campaigns. These cookies track visitors across websites and collect information to provide tailored advertising.
Others
Other uncategorised cookies are those that are being analysed and have not yet been categorised.
SAVE & ACCEPT